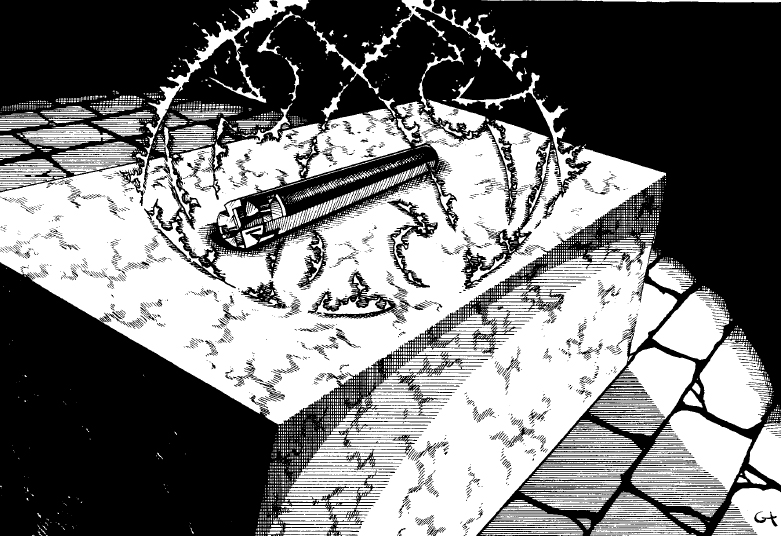 Dwarven Quest for the Rod of Seven Parts.

Has anyone ever seen any of these? It would be cool if someone would make photocopies available.

You’re kidding, aren’t you? Have there really been adventures with such names? The adventures are pretty good, overall, though they’re not quite as cool as the Falx or Hydell adventures R1 and R2.

For some additional details about the Dwarven Quest, see the Acaeum at http: Allan, you have been fortunate enough to actually peruse these modules? Do you own them? What are they like? Can you give us any tidbits?

Thank youAllan. It has been quite a while since I last visited your website and I completely forgot about the wealth of information to be found there. It seems as if the “originals” were themselves photocopied pieces of paper.

Not a bad thing to have possession of, since once one has a copy then one has an inexhaustible supply. Just have to fire up the photocopier some more and crank out another. I’d venture to guess that’s darven reason they aren’t scanned and shared openly I sure would be interested in a PDF or any format copy of those modules.

I’m especially interested in how it handled the Plane of Air.

On the off chance something appears in my inbox, I will just state I’ve been slavering to check out these mythical “modules” for about as long as this thread has been around. I’m still hunting these too, but need to finish getting R first. I have 1, 3 and 4, I believe. The primary reason I want them is so I can have a full-on dwarf module.

Strangely, there really aren’t that many.